When Paying the Extra Money is Worth it 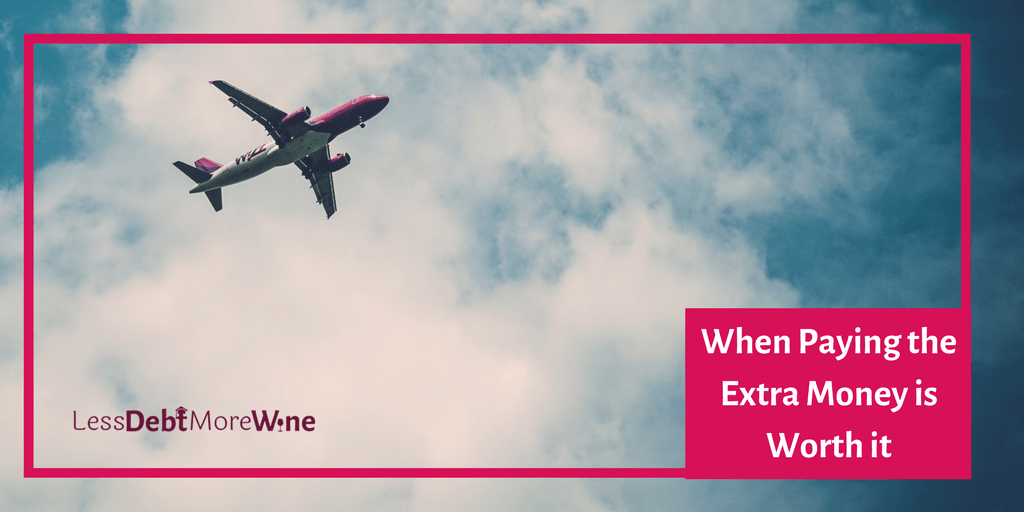 Getting a Second Medical Opinion

A couple years ago I was having major issues with my knees, I’ll spare you the long story of how I ended up with knee issues, but it got to the point where I would wake up at night from knee pain.

After a long and winding road I finally got an appointment with an orthopedic doctor, he proceeded to tell me that I could never lead an active lifestyle. I was so surprised by the doctor’s response to my problems that I started crying. I’d always been active in some way (sometimes more active than others). I couldn’t imagine not being able to live an active life.

Turns out he was wrong, and in my opinion, kind of an ass. That doctor did nothing to explain to me what was causing me the pain, even though I did ask. He said there was no solution, it was just the way it was and I should accept it. I didn’t. I went to a doctor recommended by a friend. She was amazing!

Turns out that while I did have a slight tear in my ACL, it was not enough to warrant surgery. It was also not the source of my pain, turns out my knee caps were tracking wrong, very wrong, resulting in lots of pain. She recommended I quit wearing super high heels (bye bye shoe collection), but other than that with some physical therapy I’d be fine.

I could still live an active life so long as I kept up with my physical therapy exercise to prevent the issue from happening again. That’s it, all I needed to do was physical therapy, no surgery, no need to give up doing the things I love. Can you imagine if I hadn’t gotten a second opinion?! Spending the extra money for the second opinion was completely worth it.

Being able to cut your housing costs is one of the best ways to save money when working towards financial goals. So then why I did I actually increase my housing cost over the last couple years?

I am a home based employee and it’s important to have a nice living space. It’s even more important to me to live in a safe area. My last place was not in the nicest of neighborhoods (there was a murder around the corner), I gladly pay extra to live somewhere I’m comfortable walking around by myself.

Even though I have increased my housing costs, I still spend less than 30% of my income on housing which is a good place to be. If you are spending more than 30% on your housing, it’s going to make budgeting everything else really tough, in that case, see if you can’t lower your housing cost a little bit.

I have struggled with bad skin for my entire life. Last year I finally bit the bullet and got ProActive. My skin is soooo much better overall. Pro-Active isn’t cheap it cost me about $35 a month, which is way more than the $7.99 face wash I used to buy that would easily last me more than a month. Not needing to buy or use as much makeup to feel comfortable going out is worth it to me. I also don’t spend as much on makeup as I used to, so I’m saving some there too.

Towards the end of last year, my pillows were wearing out and I wasn’t sleeping as well, I splurged on a really nice pillow during black Friday. It was a $50 pillow I got for $20. Quality sleep is always worth $20 for me.

I grew up on the west coast and I still have lots of friends and family that live on the west coast. I, on the other hand, have called the east coast home for over a decade. This means flying cross country several times over the years. Nine times out of ten, the extra cost to fly direct is worth it.

I’ve had delays that resulted in a missed layover and lost bags and getting to my destination on a completely different day than was planned. None of this happens if you just have one flight. Unless the cost is truly way more, like double, I’m willing to pay the extra cost up to a couple hundred bucks. It saves me the headache of multiple flights and all that could go wrong.

Getting Out of a Bad Situation

If for example, you find yourself stranded in a not so nice place or in some not so nice weather waiting for public transportation that just hasn’t come, then I think it is worth it to pay for a cab or Uber or Lyft.  Whatever you need to do to get yourself out of a dangerous situation.

When it’s Not Worth the Extra Money

Nine times out of ten, getting a drink with dinner is not worth the extra money. It’s just not, especially if you are trying to cut costs. Other times I think it’s bogus to pay the extra money? Checking a bag at the airport, figure out how to check the bag for free, or just do a carry-on.

Figuring out when paying the extra money is worth it will depend on what you value. But don’t just mindlessly spend money. Remember frugal isn’t about being cheap, it’s being mindful in your spending and yes sometimes spending more for quality.

52shares
This site uses cookies. Some of these cookies are essential, while others help us to improve your experience by providing insights into how the site is being used. For more detailed information on the cookies we use, please check our Privacy Policy.OkPrivacy policy