How to Get to Know a New City on a Budget 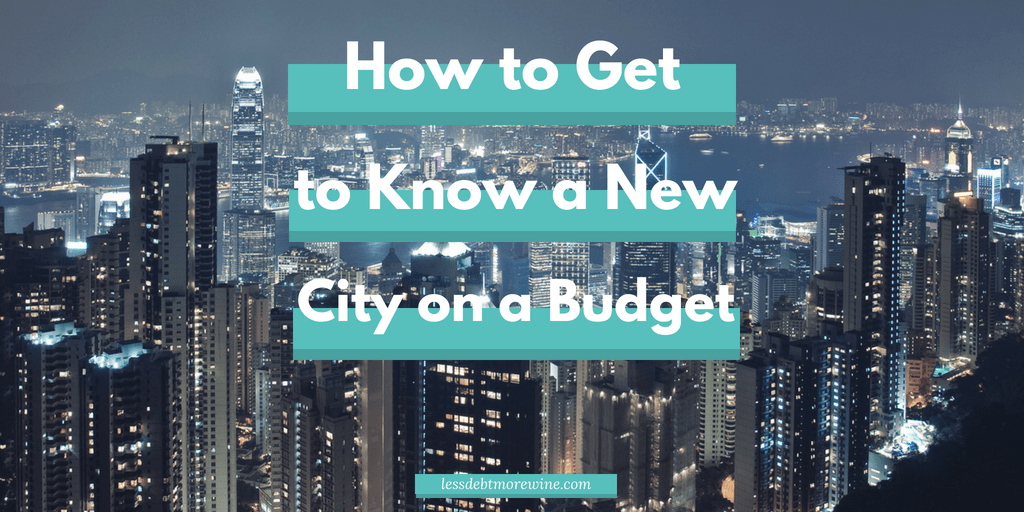 Whether you moved to a new city for a job, or to be closer to friends and family, moving to a new city can be tough. Especially if it’s a city where you don’t know anyone, in which case it is both bold and tough.

When you move to a new city, whether it is one you’ve been to before or totally new, it can be overwhelming. You want to get out and see everything, but you also likely just spent a decent amount of money moving and your bank account needs a break.

Here is how you can get to know a new city on a budget:

My first month of living in Raleigh, I discovered through the city’s website that it was beer month and there were all sorts of activities happening around town.

It’s 2017 so pretty much every city has a website, though some sites may be better than others.

Besides letting you know when city council meetings are they will usually share what is going on around town, a recent check tells me that the World of Bluegrass is making it’s way to Raleigh in September.

It also includes when and where local farmer’s markets are and free outdoor Yoga classes .

Beside just events, it may, like Raleigh, have information about local greenways or art in the park.

Take the time to check out your city’s website to see what’s going on in your new city. While not all the events listed will be free, you are bound to find some budget friendly options.

The site, Meetup.com lets different groups create meetups with others in the area. It’s through the site that I found the local Patriots Fan Club (Don’t hate, you should know by now I’m a Pats fan, I used to work at the stadium).

But there are tons of other possibilities too, like book clubs and running clubs. I even saw a  “new to the city, let’s explore” group. So you can get your exploration on with other people trying to make friends without being too awkward.

The Offline App, unlike the city website is just for finding out about cool events h​appening in the area. It gives you a list of things to do in your city.

You can even sign up to receive email updates about what is going on. I get an email once a week.

From festivals, to food truck fairs, and yoga with beer, it’s always interesting to find out what events are local. They also show cost, so you don’t get super excited about something just to learn it’s $50.

It’s through Facebook that I found out a local brewery hosts a running club. Go running then grab a beer? Sounds good to me.

Facebook can be a pretty powerful search tool, just enter “groups in x city” and you’ll can get results for groups in the area.

Look at a Map and Go Explore

While my city’s website has a ton of information, it isn’t the the easiest website to navigate. So I decided to look at a map and go exploring.

What is that patch of green there? Oh, it’s an athletic park complete with a running track, so I don’t have to feel like a creeper using a local school’s running track.

What’s that lake there? Oh, it’s a lake with a paved walking trail for a great loop to walk and run.

With smartphones, you don’t usually have to worry too much about getting lost when you go exploring, so just get out there and take a look at what ever peeks your interest.​

When living in a new city, you can be overwhelmed with everything there is to do, including all the options to go explore your city.

Don’t let yourself be paralyzed by all the choices.

Also, make sure you don’t feel like you have to spend a ton of money to get to know the new city and make new friends. You can absolutely get to know a new city on a budget.

199shares
This site uses cookies. Some of these cookies are essential, while others help us to improve your experience by providing insights into how the site is being used. For more detailed information on the cookies we use, please check our Privacy Policy.OkPrivacy policy