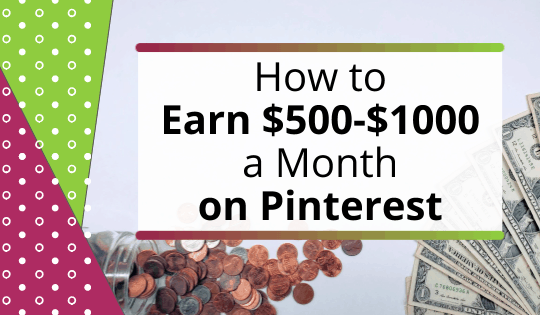 This post contains affiliate links meaning if you click and make a purchase I will receive a small commission at no cost to you. Please see my disclosure for more information.

Hey! I was thrilled to get to talk to Christine of Pinningpro.com about what it’s like to be a Pinterest Virtual Assistant! Below you’ll find links to resources mentioned as well as the transcript to the video, enjoy!

Liz:: 00:01 All right. Christine, thank you so much for joining me today. I know your website is pinningpro.com, and it’s gorgeous by the way, to talk about sort of being a Pinterest virtual assistant or Pinterest manager. Um, and you’ve been doing this for a while now. How long have you been a PVA for?

Christine:: 00:17 So I’m, I’ve been doing it for a little over a year now. Um, I started off originally just kind of messing around with making pins and then I kind of grew my skills from there. So, uh, about a year ago is when I started taking clients and really getting into the field. So yeah.

Christine:: 00:36 Yes. So of course, yeah. I have tons of personal boards for like wedding stuff and like recipes and everything and I always really loved the platform and yeah, I didn’t realize that there was so much potential in marketing in it. Um, so it was really exciting when I started learning all about that. It was really great.

Christine:: 01:01 I feel like it is too, but um, I actually had a coworker that we were both looking for ways to make some money from home and in like fun and exciting to do. So she actually stumbled across, uh, the Gina’s and, uh, Kristin? I always forget the names, but she stumbled upon their course and she took it and she was like, you have to like check this out. I think this is really up your alley. I think you’d really enjoy it. Um, so I took the course and I was like, I love this. Like this seems like a really great idea and a really profitable and fun.

Liz:: 01:32 So, yeah. Yeah. Cause I took the become a Pinterest VA Today course, the course name is a little bit of a mouthful, but yeah, I know. Yeah, I took that as well. I think I took it towards the end of 2017 and, okay. Yeah, because I’d been freelance writing at the time. And I was like, I don’t really like freelance writing. So what was your favorite part of the course? Or like what did you just, you know, what, what did you find most helpful? I guess?

Christine:: 01:57 Um, so I probably found most helpful. Let’s see. Um, just the breaking down like of how to do the management part. Um, I feel like most courses they do focus morely or more on like how Pinterest, uh, like their analytics work and like I feel like, um, I do understand that, but I didn’t know how to actually be a manager and get clients and, um, you know, provide services for my clients and how to charge them. And that was definitely the most, uh, yeah, I thought that was the best part and it was really valuable information. So…

Christine:: 02:50 Um, so I probably work, it’s, um, so it’s actually me and a team of two other people, so it’s not just solely me. Um, so with me, I probably work about 10 hours a week on the stuff for pinningpro. And I would say about the same for the other two ladies that I worked for. Um, so yeah, we are like, you know, a little more starting out. So there’s a lot more behind the scenes stuff that’s going on it as well. But with clients alone, uh, I wouldn’t say it’s like too much time. It was more learning how to do everything first was the big time.

Liz:: 03:17 Yeah. Yeah. Like I really built out systems. Now we’re stuff goes a lot faster. Like when I started out, I told her yes. Yeah. Which I, I don’t know if they really covered systems in the course much. I feel like that’s like the one piece missing.

Christine:: 03:29 Yes. I think I agree with that. Yeah. That’s something I feel like you kind of have to come up with on your own to like cater to what you need as well. So that’s true.

Christine:: 03:44 Let’s see. I would probably say about six or so months, maybe a little bit longer than that. I didn’t actually record exact numbers and stuff, but once I started getting a few clients that I did kind of put that back into my savings that I invested into my myself and everything. Uh, so yeah, I did take some time, but once you know the ball starts rolling and then you just kind of, you’re like, yeah

Liz:: 04:07 You just need one or two clients because it’s like a recurring thing, which I love. Cause then you can like predict your income more steadily than only freelance option where it’s, yeah,

Liz:: 04:19 So that’s like, oh how many of my story pitches or is a client going to like and actually except you know,

Christine:: 04:25 How much time you spent on those pitches and everything.

Liz:: 04:28 Did you, did it take you six months to find a client and where you, you kind of like take your time taking the course?

Christine:: 04:32 I definitely my time. I would say probably found my first client, my first one probably a couple months after I finished the course and I did take it a few times just to make sure that I had the information down. Cause it’s a lot to take in at once. So especially if you’re new to anything like this.

Liz:: 04:54 I need to make sure I get everything totally. Yeah, absolutely. Yeah. So what would you say is kind of the best part of being a PVA?

Christine:: 05:02 Uh, my absolute favorite part has to be the flexibility of working from home. And yeah, I have so much time to, like I take “vacations” and I say that by, I take my laptop with me and I work on my “vacation” so I can go anywhere that I want and still make money and not get behind. And it’s just, it’s created so much more time for me to do the things that I want to do with my life. And that’s I think a very important thing about a side job or even your main jobs. So.

Liz:: 05:28 Yeah, absolutely. Because this can, this can be a side hustle, like it sounds like you know something or you could take it full time and lots of people do, I have.

Christine:: 05:37 There is so much potential in either way you want to take it and,

Liz:: 05:40 but it’s one of those things that, because you just stopped taking on clients, if you’re like, this is not, something gets really heavy. Like seasonally, you’re like, oh my gosh, I have so much of work. It’s like, no, you just have different focuses each season, but it’s like the same way,

Christine:: 06:03 So yes, it is, it’s still a job, but I think the toughest part for me is, um, yeah, just gauging and how much time some tasks take because some seem like they’ll take you like five minutes and they ended up, I know, you know, like I ended up taking you like a couple of hours and like the more that you do it, the more that you know, how much time to put in to each task and whatnot. But, uh, that has been the trickiest part for me. It’s more just a learning curve, honestly.

Liz:: 06:24 So, yeah. And then every once in a while like tech is just, you’re like, oh, of course. Yeah. Today. Yeah, totally. Nice. Awesome. Well, what would you say to anyone you know, thinking or wanting to become a, a Pinterest VA? Like, or taking the course specifically? Either way.

Christine:: 06:41 I would definitely encourage them to dabble in it, get some information and see if it’s something that they would find enjoyable. And then I would really, if it is something that you find enjoyable, I would really encourage you to do it because it’s just worth it and it creates, I like, it opens so many doors for you and it teaches you so much and there’s so much potential in this business. So it’s, I love it. I’m so excited about it every day when I work. So, and I think that says a lot. Yeah. And it’s just, and it’s, it’s fun but it’s um, depending on what you’re doing, right?

Liz:: 07:11 Like, cause once you get to know a client, you kind of know the deal and it’s, Oh, you like you could have TV on in the background or like, yeah, some of it doesn’t really require a lot of thinking and it’s just, yeah. Yeah.

Christine:: 07:26 If you can do different things at different times of your day. So, yeah.

Liz:: 07:30 Well, thank you so much for kind of sharing sort of your experience of becoming a Pinterest VA and sort of the course you took and what you loved about it. I really appreciate it. And hopefully this will help other people decide if this might be a good side hustle or career for them, and if the course might be good fit too. So thanks.

27shares
This site uses cookies. Some of these cookies are essential, while others help us to improve your experience by providing insights into how the site is being used. For more detailed information on the cookies we use, please check our Privacy Policy.OkPrivacy policy