How Losing Someone Helped Me Find Financial Empowerment 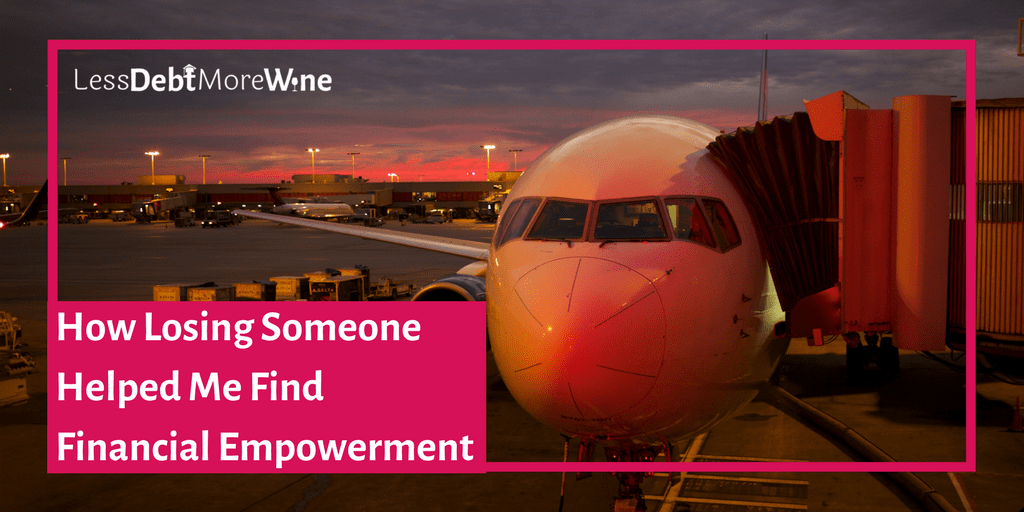 In April of this year, a friend, mentor and former teacher of mine passed away. He had been my 5th and 6th-grade teacher and 7th and 8th-grade yearbook advisor. His wife also happened to be one of my Mom’s best friends. As such he was an influence in my life outside of school as well. Seriously, the man came and killed a black widow spider at a house I was dog sitting for when my dad couldn’t make it over to help.

I grew up in California but he and his wife both made the trip to Boston for my law school graduation. He was a beloved teacher, as evidenced by the more than 500 people that attended his funeral. However, I wasn’t one of the 500+, but money wasn’t the reason why.

When I got the news he had died, my first thought was, when is the funeral, so I could figure out a way to get out there. Ultimately the scheduling of when the funeral was to take place and the fact that my parents were to arrive at my place the next day meant neither my parents nor I could attend (though we will be attending a gathering on his birthday next year).

Costs Associated with Losing a Friend

You are probably wondering what this sad story about someone dying has to do with financial empowerment? A last minute round trip flight to my hometown could cost $1,000. I didn’t even sweat the potential cost. I have an emergency fund for situations just like this. While $1,000 would give it a good hit, it wouldn’t have wiped it out. I’d still be ok if some other emergency had popped up right after.

This was not the case nearly five years ago when another loved one of mine passed away. The distance was much closer. A seven-hour drive, but I had to go home between the death and the funeral so I could go to a job interview. I needed that job, any job at that point. It was an absolutely miserable week on so many levels.

Had this happened even three years ago, the cost of the trip would have been at the forefront of my mind because I would not have had the money to go. I would have had to take on more credit card debt to go, but I wouldn’t have even had enough available on my credit card for a $1k trip.

The Support and Financial Empowerment of an Emergency Fund

I’ve grown so much as a person through Mr. G’s influence in my life, it is only fitting that his death would bring me to realize how far I’ve come financially too. My emergency fund is the cornerstone of financial empowerment to me.

It doesn’t just help me sleep better knowing I could afford the deductible for my car insurance. It allows me to know that if something were to come up, I could be there for my friends and family without a second thought on the cost.

While I’ve still got a way to go on my financial journey, I’m empowered knowing I’ve got a backup in the form of my emergency fund.

What does financial empowerment mean to you? Let me know in the comments and join the conversation on social media using #theRoad2016

6 thoughts on “How Losing Someone Helped Me Find Financial Empowerment”

112shares
This site uses cookies. Some of these cookies are essential, while others help us to improve your experience by providing insights into how the site is being used. For more detailed information on the cookies we use, please check our Privacy Policy.OkPrivacy policy