Would You Have Become a Lawyer if Hollywood Didn’t Make it Look Awesome? 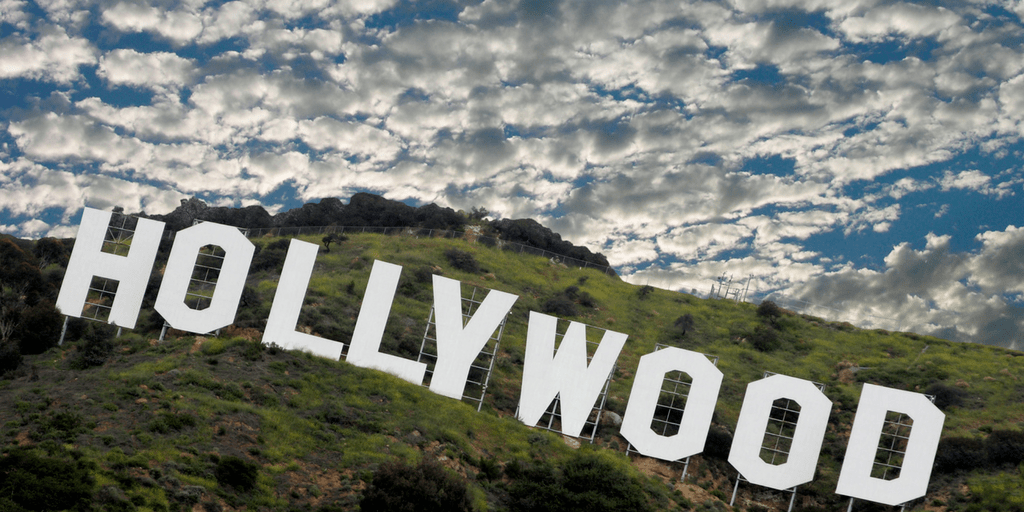 THIS POST MAY CONTAIN AFFILIATE LINKS. MEANING I RECEIVE COMMISSIONS FOR PURCHASES MADE THROUGH THOSE LINKS, AT NO COST TO YOU. PLEASE READ MY DISCLOSURE FOR MORE INFO.
37shares

I still remember the very first episode of Law and Order, I was ten. It opened at a gala of some sort, the lights went out and when they came on, a woman screamed. Someone had been killed. Maybe not the most suitable tv for a ten year old. But I also have more memories as a kid watching Golden Girls than I do watching Teenage Mutant Ninja Turtles. What can I say? I was a weird kid.

Just so you know, this post may contain affiliate links. Meaning I receive commissions for purchases made through those links, at no cost to you. Please understand that I have experience with all of these companies, and I recommend them because they are helpful and useful, not because of the small commissions I make if you decide to buy something. Please do not spend any money on these products unless you feel you need them or that they will help you achieve your goals. See my disclosure for more information

Anyway, I continued to watch Law and Order, expanding to watch SVU when it came out, and loving Legally Blonde. I decided I wanted to be a lawyer when I was about 16. I powered through college in 3 years and went straight on to law school when I was 20. Law school changes you. To this day I cannot watch Legally Blonde without getting angry. Don’t worry I still have no problem quoting it or practicing the bend and snap, but I just can’t watch it.

It could be some sort of law school PTSD. Or the fact that thanks to law school I’m $250k in the hole (when I graduated it was $193k, yay for interest!) But sadly it’s rare that I can enjoy a law related show or movie, though there are exceptions.

Anyway, it got me thinking would I have ever wanted to be a lawyer if it weren’t for cool shows and movies? I mean no one in my family was ever a lawyer. I honestly will never know but I have my suspicions, which is what leads to today’s post. How Hollywood seduces innocent, hardly in any debt, kids into becoming lawyers.

Hollywood Makes Being a Lawyer Look so Damn Awesome

Hollywood makes being a lawyer look awesome, rarely showing what 90% of the job entails. They focuses on the sexy parts of the job, like arguing in front of a judge, or deposing a witness. Never mind, the time spent researching, writing, dealing with obnoxious opposing counsel, or a client constantly calling looking for free advice. (Don’t get me started on the way TV glorifies police brutality, looking at you Stabler and Danny Reagan.)

​Law and Order is a prime example of crusaders, everyone in the DA’s office if fighting for the victim, how can they be seen as anything but badass? And who wouldn’t want to be viewed that way?! Hell yes, you’d want to be a crusader, fighting the good fight. Putting away criminals, making big companies pay for hurting the little guy.

Now, in the case of Erin Brockovich, she was real, that shit actually happened, but again the movie focused on the sexy parts of the work, all the research and getting evidence was a montage. Now, I understand that if they were to really show all the research and gathering of evidence to build the case, that movie would have been 12989035 hours long, and Hollywood is in the business of making compelling content that people want to watch.

Erin Brockovich is to be admired for her work, but the Erin Brockovich’s of the world and the chance to work on those kinds of cases don’t happen everyday. Even where they are everyday for some lawyers, those feelings of success is far between. Most of the day to day is the montage, for years!

It’s no secret that Hollywood glorifies many jobs, but where was the documentary on what most crusading lawyers do day in and day out when I was a kid? They make that win the high you chase as a lawyer and that is just one way innocent kids get sucked into being lawyers.

Or They Make Tons of Money

​The other way Hollywood seduces the innocent into becoming lawyers? The money. While there are still lots of lawyers that find six figure salaries when they leave law school, the legal market took a turn around 2010 (when the recession finally hit that market.)  I know way too many lawyers that are underemployed or not even working in the legal field.

In Hollywood, you’re either a crusader or making tons of money, or at least on your way to making tons of money. But the ones making a ton of money? They have their own struggles, working crazy hours and trying to find balance in their lives. It’s not until years later when you get underling associates to pass off grunt work to​ and even then you still have a shit ton of work (at least I assume, having never worked in big law – big law attorneys please correct me if I’m wrong).

But the private defense attorneys and corporate counsel of Hollywood are always seeming to be rolling in the dough, in a way that makes it look easy to build up that kind of practice and income level.

According to Hollywood, lawyers garner a certain amount of respect, but the number of lawyer jokes out there would beg to differ. Though admittedly as of late lawyers are being praised due to the political climate of the US right now. Let’s just all admit that when lawyers are regularly being recognized as the hero’s, the apocalypse is nigh.

Moving on. In most circumstances being a lawyer doesn’t garner you any sort of respect. Unlike doctors, who save lives, lawyers potentially saving your liberty is ​just not as exciting. Maybe because you typically have more control over making sure you don’t run foul of the law. Whereas you could end up needing a doctor’s help for any number of reasons.

But remember this my friends, at some point, every one will need an attorney. Could be to review a contract, buy a house, or have a will written. Lawyers ensure their job security by making the law effing complicated. Anytime your frustrated by a rule or law, I say this, “you’re welcome.” At some point in time a Lawyer was probably responsible for that rule or law.

However, all those rules and laws are often times found annoying, which is why there are lawyer jokes. It’s also why lawyers don’t really get that much respect. (Though, It doesn’t help that the a good chunk of congress is made up of former lawyers.) Hollywood lies, being a lawyer doesn’t get you much respect beyond your family and potential in-laws.

On TV and in movies, clients can certainly present challenges, remember when the rich lady in legally blonde didn’t want to admit to her alibi? They fail to cooperate or mention important details.

What they don’t show on the screen? Clients constantly calling and being annoying as shit. They want free legal advice or call outside normal business hours FOR NO REASON.

Thought of a question at 9:00 p.m I should call now, even though it wouldn’t actually make a difference to wait 12 hours until normal business hours. Seriously, this just goes back to the whole “respecting lawyers” fallacy mentioned above. In Hollywood, only really important calls happen after business hours.

Hollywood Shows Other Attorneys as Respectful

Overall in Hollywood’s portrayal of lawyers, there is an unspoken respect between attorneys. Sure sometimes they show animosity, but overall there is a basic level of respect. There are only rare occurrences of opposing counsel being a dick just to be a dick rather than for the zealous advocacy of their client. You may think that most of those in the profession respect each other.

​And many do respect opposing counsel as doing their job, even if what they are doing is annoying as shit. However, there are just enough attorneys that are assholes beyond what is necessary to do their jobs to make dealing with opposing counsel really effing annoying. Don’t let Hollywood fool you, not all attorneys are respectful of the profession.

Hollywood seduces innocent (or close enough to innocent) kids into becoming lawyers by portraying and focusing on the sexiest parts of the job. And let’s be real, the law isn’t the only area where this happens, how many doctors before med school loved ER or Grey’s Anatomy and now can’t stand those shows?

If you are considering an expensive career to pursue, like the law, make sure that you will actually enjoy the work. Try getting an internship in the area before you take out all those student loans. Don’t let Hollywood seduce you into tons of debt.

Taking an informal poll of my fellow lawyer friends on Facebook, here are the shows and movies that lawyers still enjoy now that they are lawyers and the ones we can’t stand.

Movies and Shows that Can Rarely if at All Be Watched:

Law & Order: Sorry but I just can’t anymore, my 10 year old self would be so disappointed.

Suits: Seriously the premise of the show is a guy who didn’t go to law school practicing law. Overall consensus of my lawyer friends and I – Fuck this guy:

Movies and Shows that Will Always be Awesome:

There are of course many other shows that my lawyer friends and I could argue (we’re all lawyers after all) are awesome or terrible, but these tended to be agreed upon. And it should go without saying that all lawyers love To Kill a Mockingbird.

This post is supposed to be a bit tongue in cheek, making fun of how lawyers are portrayed in TV shows and movies. Would I have become a lawyer otherwise? I’ll never know, but I do know I have a love of the law, I wouldn’t have made it through law school and passed two bar exams otherwise. So before you go getting huffy thinking that this is some millennial not taking responsibility for their decisions and blaming Hollywood for taking on massive student debt, slow your roll home fry, it’s not that. I take full responsibility for my student loans, thank you very much.

6 thoughts on “Would You Have Become a Lawyer if Hollywood Didn’t Make it Look Awesome?”

37shares
This site uses cookies. Some of these cookies are essential, while others help us to improve your experience by providing insights into how the site is being used. For more detailed information on the cookies we use, please check our Privacy Policy.OkPrivacy policy